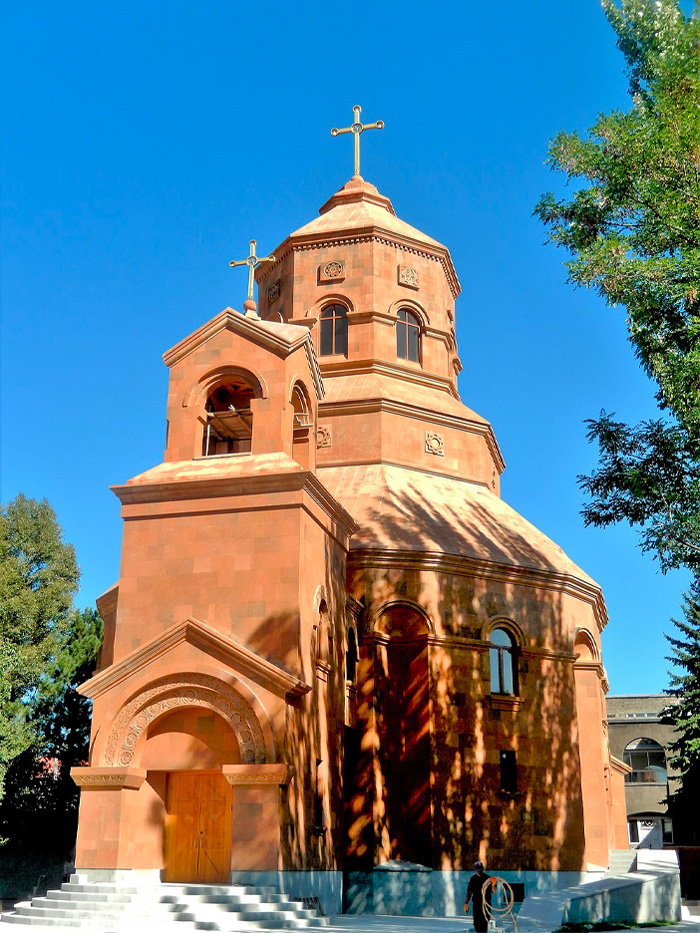 The XIX century was a time of upheaval for the Armenian Catholic community when great numbers of its members were displaced to various parts of the Caucasus, southern Russia, Ukraine and elsewhere.

In 1850, the Armenian Eparchy of Artvin was erected to serve Armenians in northern Turkey and the Caucasus.  While Armenian Catholics within the Russian Empire were subject to the ecclesiastic jurisdiction of the Diocese of Tiraspol.

In 1909, the Most Reverend Sarghis Der-Abrahamian was appointed Apostolic Administrator for the Armenian Rite Catholics of the Caucasus.  His pastoral action met with great success.

Believers suffered great reprisals during the time of the Soviet Union and the Armenian Rite Catholics living in Georgia and Armenia endured great repression.  With the fall of the Soviet Regime, the Holy See erected the current Ordinariate on 13 July 1991 with its Cathedral dedicated to the Holy Martyrs located in Gyumri, Armenia.