The Apostolic Nuncio was in the Vatican during the first half of the month of April. He was received by Pope Francis in a private audience in the Papal library in the Apostolic Palace. The Apistolic Nuncio presented His Holiness an icon of the Holy Family made by monks of the Metropolitan diocese of Nekresi, Georgia, in celebration of the year dedicated to St. Joseph and the family. 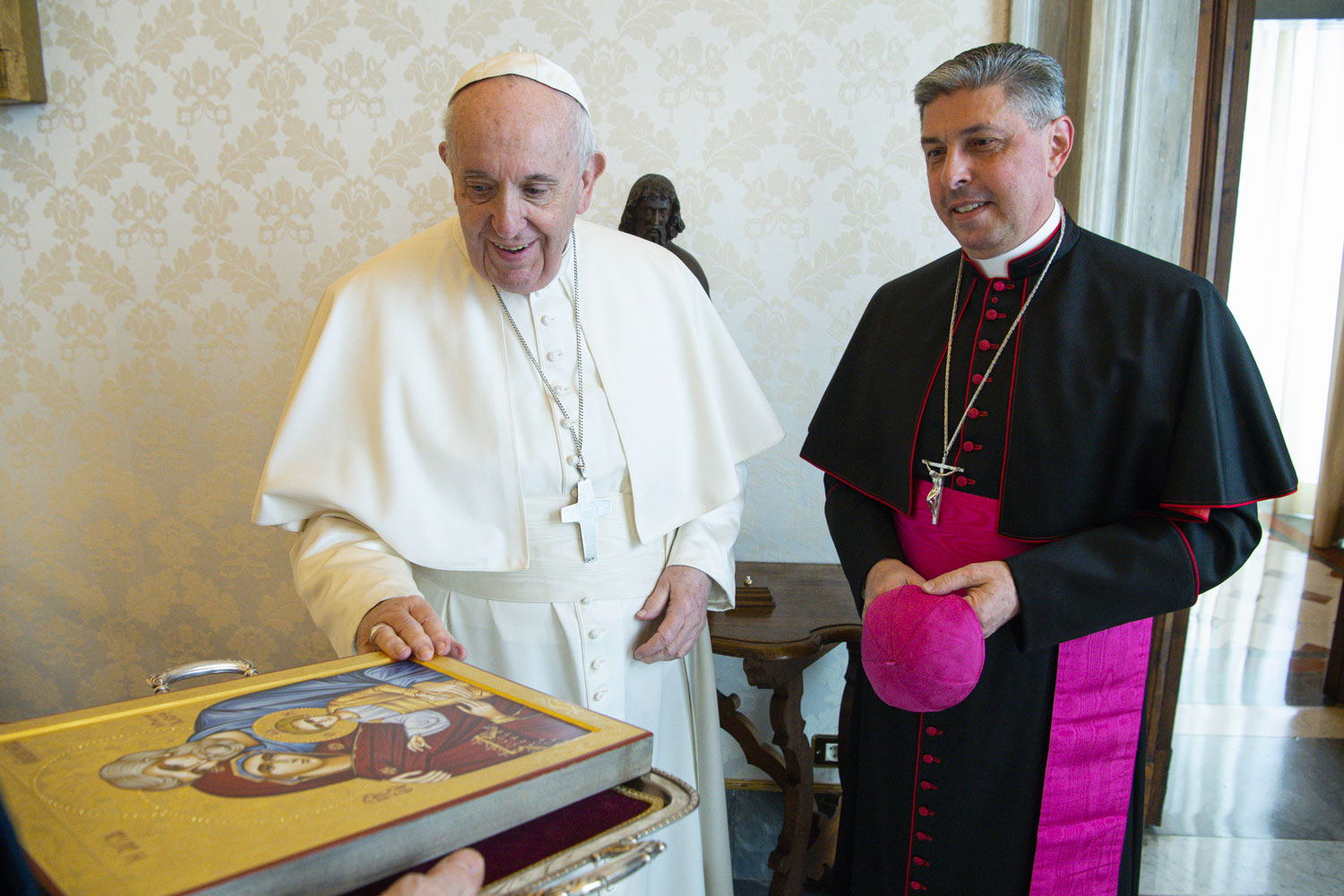 The Apostolic Nuncio also met with varous institutions in Rome connected to the South Caucasus, in particular at the Motherhouse of the Armenian Sisters of the Imaculate Conception and with Caritas International.

A broad overview of the current situation in the South Caucasus was discussed as it touched upon issues of human dignity, humanitarian questians, peace, freedom of religion, development, cultural heritage, health care and ecumenical questions. Of particular concern was the current crisis of the world health pandemic of Covid-19 and the particular political situations in the individual countries of the South Caucasus. 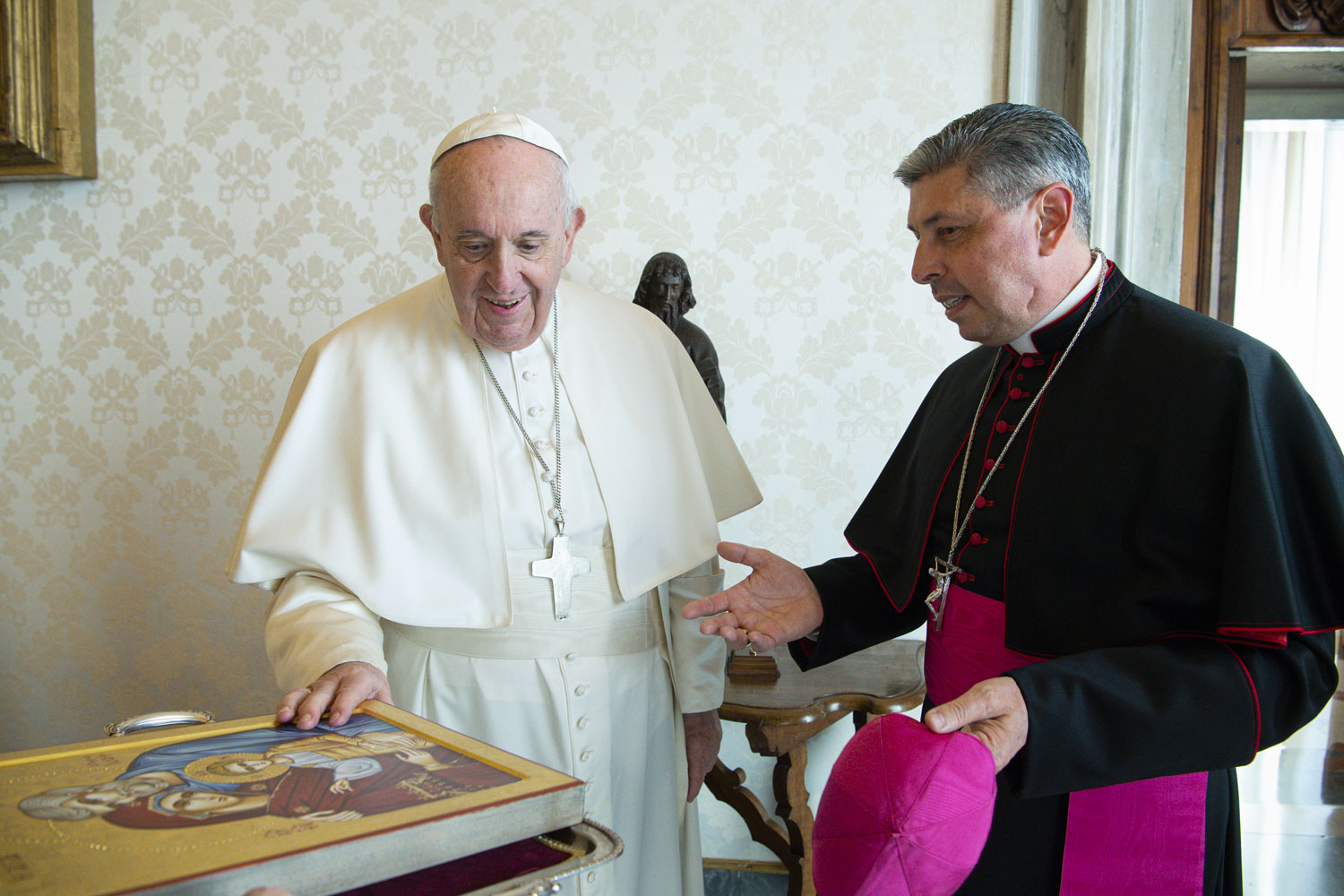 This year’s celebration of the 700th anniversary of the martyrdom of the franciscan friar, Demitry of Tbilisi, in India was highlighted, as well as the upcoming visit in the month of October of the international statue of Our Lady of Fatima and its message of reconciliation and peace for the region.

During the Apostolic Nuncio’s stay in the Vatican, Pope Francis’ traditional Easter Sunday “Orbi et Urbi” prayer included a plea for the release of prisoners of the Nagorno – Karabakh war.

Through his Apostolic Nuncio, Pope Francis wishes to inaugurate a new diplomatic residential mission in Yerevan. It is an eloquent gesture of proximity at this particular time in history.

Pope Francis fondly recalled his Apostolic visit to Georgia, Azerbaijan and Armenia in 2016, and the many individuals he met during the memorable visits. He requested that the Apostolic Nuncio, His personal representative, bring His greetings, expressions of solidarity for the needy, prayers and blessings to all – requesting too that we “pray for Him”.