Pope Francis’ Secretary of State, His Eminence Cardinal Pietro Parolin, was on an official visit to Georgia, from 27 to 30 December, 2019. During this visit he met with the Georgian Authorities to discuss questions concerning bilateral relations as well as national and regional concerns. It is worth to mention that the Holy See was among the first States and international bodies to recognize Georgian sovereignty and to open a permanent Apostolic Nunciature (embassy) in Tbilisi. The Holy See and Georgia celebrate important landmarks in 2019-2020, especially in what concerns the presence of the Catholic Church in the country. Cardinal Parolin comes to celebrate, in particular, 25 years since the erection of the Apostolic Administration for the Latins in the South Caucasus, 30 years since the arrival of the Missionaries of Charity of Mother Teresa of Calcutta in Georgia, 25 years since the establishment of Caritas Georgia and 25 years since the arrival of the Stigmatine Fathers in Georgia. Other significant anniversaries that are recalled are the following: 40 years since the historical visit of the Catholicos-Patriarch Ilia II to the Vatican; 20 years since the historical visit of Pope Saint John Paul II to Tbilisi; 25 years since the establishment of L’Arch (Faith and Light) community for physically challenged people and the 10th anniversary of the establishment of Mar Shimmon Bar Sabbae Assyrian Chaldean Catholic Church in Tbilisi. The Cardinal Secretary of State will visit various institutions of the Catholic Church and will meet the representatives of its three Rites present in the country: Armenian, Assyrian Chaldean and Latin. The meetings with the Catholicos Patriarch Ilia II and other Orthodox Hierarchs are expressions of the fraternal ties between the Catholic Church and the Georgian Orthodox Church. During his stay, the Secretary of State also visited the ABL Line. This is the first time Cardinal Pietro Parolin visited Georgia. Cardinal Parolin was the Undersecretary for the Holy See’s Relations with States during the 2008 conflict, when the Pope and the Holy See spoke on various occasions in international forums in favour of peace for Georgia, as well as in support of its territorial integrity. 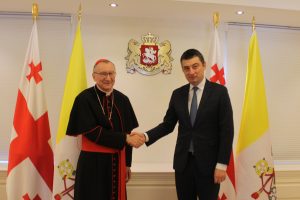 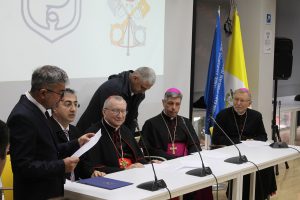 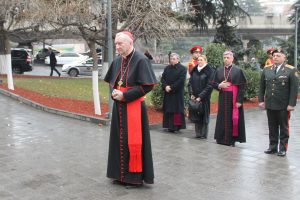 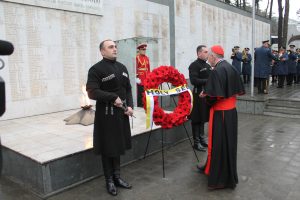 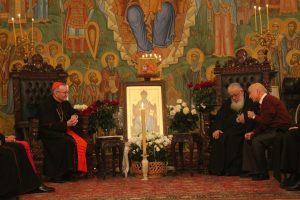 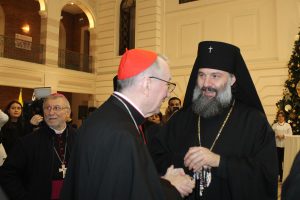 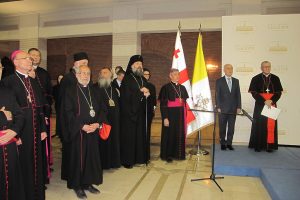 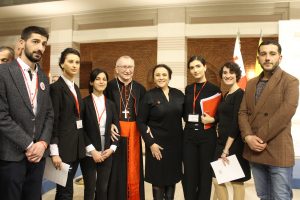 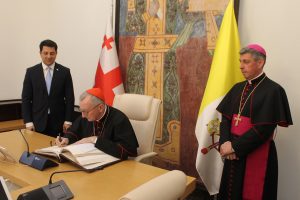 Prev PostPope Francis sends a special letter to His Holiness and Beatitude Ilia II Patriarch and Catholicos of All Georgia, Archbishop of Mtskheta-Tbilisi and Metropolitan of Bichvinta and Takhum Abkhazeti, to mark the 40th anniversary of a historic meeting in Rome (1980)
Next PostDean of the Diplomatic corps meets at the Orbeliani Presidential Palace